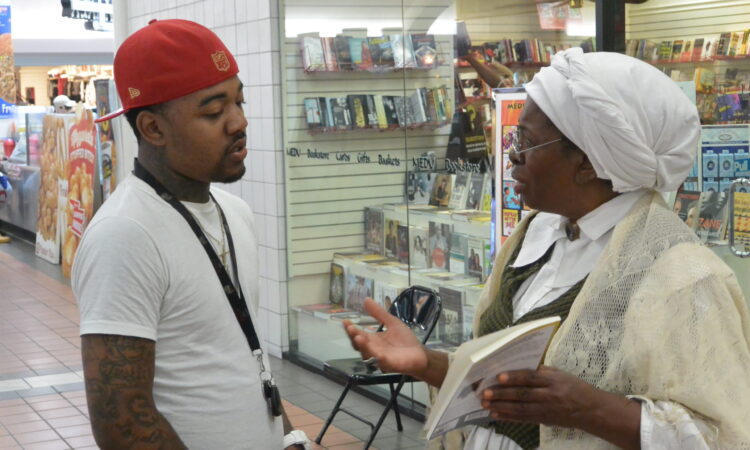 We can change our circumstances, but if we do not change the way we think, we will recreate our problems in a new place. Peter moved to a new home, but he had a hard time leaving his slave mentality behind.

Peter was frightened when brought to court, and he held tight to Solomon Gedney, his overseer. He was afraid to identify his mother because Gedney had threatened him. The Judge asked him about a scar on his forehead, and rather than tell the truth, out of fear, Peter lied to protect Gedney. Letting go of being controlled by a master was hard for Peter, and he went to his mother screaming and kicking. Sojourner understood and even more so when she saw the scars on his back from repeated brutal beatings.

Peter stayed with his mother at the Van Wagenen’s for several years while she continued to work for them. They had a strong faith in God and would often read the bible to Sojourner and Peter. Life with Van Wagenen’s was a much better life for him, one filled with love and caring. But the experiences during his years as a slave left deep scars. As he got older, he began to steal, and when caught stealing, he would lie.

Sojourner moved Peter and his younger sister Sophia to New York City in 1829. In New York, Peter had the opportunity for education and to learn a trade. Unfortunately, he would take one step forward and one back, starting an education but getting involved with a rough crowd and getting into trouble. Despite his changed and improved circumstances, Peter had not let go of the pain and trauma from his childhood, and that pain led him to make bad choices and engage in harmful behavior later in life.

Destructive behavior is a function of underlying emotional problems. As Frederick Douglass said, “It’s better to build strong children than to repair broken men.” When others maltreat us, we form beliefs about ourselves and develop unhealthy ways of seeing the world. This unhealthy view of life can lead to patterns of behavior like the ones Peter struggled with all of his life. The beatings he received as a young child, the role of a slave, and the life slavery required, left deep scars.

Although Peter’s circumstances continued to change for the better, and despite the love and opportunities that came his way, he had a mindset that led him to engage in unhealthy behaviors. This victim mindset caused Peter to sabotage his new life. Interacting with others may have caused him anxiety, and feelings of being powerless may have interfered with his doing well in school or work. How many times do we find this same victim mindset of our children today, who are traumatized by seeing violence or being violated? Some children take on the role of their parents, seeing them in their own struggle and not knowing how to deal with it.

“And be not conformed to this world but be ye transformed by the renewing of your mind, that ye may prove what is that good and acceptable, and perfect will of God.” Romans 12:2